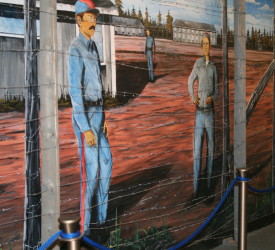 The New Brunswick Internment Camp Museum is only one of two museums in Canada that deal solely with the internment of POWs during the second World War. The museum holds over 600 artifacts and is the result of an at risk program started by teacher Ed Caissie in 1993/94

camp held  mainly 711 German and Austrian Jews. One name to remember is Fritz(Frederich) Bender,  inventor who went to Ottawa to further his work to waterproof plywood, which led to the development of the mosquito bomber.

During this phase the camp housed nearly 1,200 POW’s mainly German and Italian Merchant Marines. Camillien Houde, Mayor of Montreal who supported Italy and disagreed with certain Canadian Government initiatives was imprisoned for three and a half years. 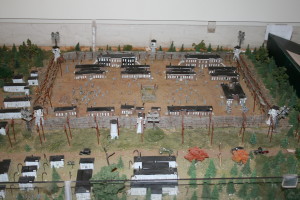